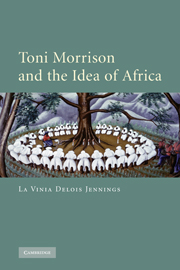 Toni Morrison and the Idea of Africa