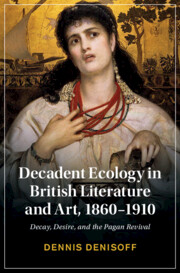 Decadent Ecology in British Literature and Art, 1860–1910
Decay, Desire, and the Pagan Revival

Part of Cambridge Studies in Nineteenth-Century Literature and Culture