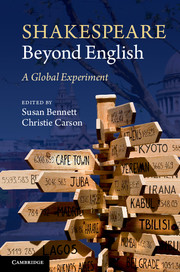 Shakespeare beyond English
A Global Experiment