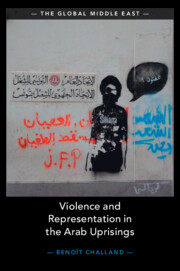 Violence and Representation in the Arab Uprisings

Part of The Global Middle East